The Volkswagen Group is on the brink of its biggest transformation to date, as it switches to making electric cars exclusively.

“We’re moving into a tremendously exciting time,” says Sten Forsberg, Head of VW Cars in Sweden. He is at Elmia Subcontractor to talk about the revolutionary decision and what it will mean for production.

An investment of SEK 300 billion in just a few years, 70 new models of electric car and the imminent phasing-out of the combustion engine.

“It’s a complete transformation and the biggest ever investment in the VW Group,” says Mr. Forsberg.

The move originates from the management’s decision to take seriously the Group’s responsibility for the share of global CO2 emissions emanating from its cars.

“We’re talking about one per cent, so we’re taking the baton and dealing with the situation. Electric cars will go from being a niche product to a volume product,” says Mr. Forsberg.

The VW Group – which includes Audi, Skoda, Porsche and others – has assessed all kinds of drivelines and concluded that pure electric cars are the way forward. During a transition period chargeable hybrids will be available, and in the long run so will certain fuel-cell cars “for long-haul transport”, but the goal of a total shift is clear. 2026 will be the final year the Group begins the development of a combustion platform (which will remain until around 2040), and many electric models are already seeing the light of day. First out is the ID family including the ID.3 and ID.Buzz, a charming throwback to the classic VW Camper.

The Volkswagen Group’s dramatic shift will not only be noticeable in road traffic; several of its factories are already switching over to exclusive production of green electric cars. The first one is Zwickau in Germany, where the ID.3 goes into production in November, followed by Emden, Hanover and Dresden.

“In addition, we have also promised that our entire production chain for the ID concept will be completely CO2 neutral. So that includes subcontractors, raw material extraction, the use of electricity and everything else,” explains Mr. Forsberg.

“We will do everything we can to reduce and eliminate CO2 emissions, and we’ll be following up with our partners. In areas where we’re unable to eliminate CO2, we’ll compensate during a transition period.”

Sten Forsberg says that battery production is a principal issue; only green electricity can be used to produce the battery cells, which is a very energy-intensive process.

“I’ve worked in the automotive industry a long time, and we’re now moving into a tremendously exciting time, taking the step from being a major emitter to being CO2 neutral. It’s truly thrilling.”

Sweden has en electricity mix that’s among the best in the world from a CO2 perspective, and has every potential to be a pioneering nation in all respects.

What will the shift entail for subcontractors?

Elmia Subcontractor. The industry’s strongest arena. Coming megatrends. The rapid development of new technologies. A changing global market. As Scandinavia’s biggest event for the manufacturing industry, Elmia Subcontractor directs the pace towards a strong future. Welcome to an encounter with the industry and its future! 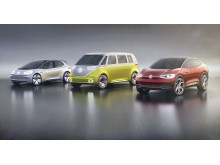 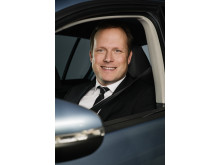