The list of invasive alien plants is growing – plants whose growth habits enable them to rapidly out-compete other plants and negatively impact biological diversity. Nine new plants have been added to the EU’s list this year, including Himalayan or Indian balsam, giant hogweed and crimson fountaingrass. Several of them are already causing major problems.

“Some species are bigger problems than others,” explains Ulf Larsson, a biologist with the Swedish Environmental Protection Agency. “What’s important is to prevent and limit them as much as we can – and that’s everyone’s responsibility.”

Since August, when the nine new plants were added to the list, it is now forbidden throughout the EU to sell or otherwise distribute a total of 23 invasive alien plants that have been judged to be a major threat to biological diversity and also to cause serious negative effects on gardens, farming, forestry and people’s health. The ban means that the plants cannot be sold, traded, included in a product range or spread in the countryside. Merchants who have the new plants in their product range have one year to get rid of them and are only allowed to sell them to private individuals. But the ban also applies to private individuals, who must not grow them even on their own property and must remove them.

“It’s also important not only to remove them from where they are growing but also to dispose of them correctly,” Larsson adds. “You cannot put them on a compost heap, for example – they must be destroyed at a waste disposal facility or burned.”

A number of these plants can damage the soil and biological diversity for a very long time even after they have been removed.

“It is not a given that the domestic plants that were there before will return, because a number of the invasive plants also affect the soil composition via their growth habits. For example, lupins affect the soil’s nutrient composition via nitrogen fixation that changes the original vegetation in that location,” Larsson says.

Great interest from the industry

He says that attending Elmia Garden, giving a talk on stage and being able to speak directly with people who work in the plant industry has all been very beneficial.

“There has been great interest – a surprising amount, in fact. Many people have come to our stand, expressed interest, and been appalled at the spread of these plants, especially lupins, Japanese knotweed, rugosa roses and giant hogweed.”

Japanese knotweed is not yet on the EU list but is a well-known invasive species that causes great damage to the soil at considerable depths with its long, rapidly growing roots that are almost impossible to kill.

“In the UK the efforts to combat it cost over 46 million pounds (EUR 52m) per year, and it is estimated that to exterminate it would cost over 1.5 billion pounds (EUR 1.73bn). Estate agents don’t want to sell houses with Japanese knotweed in the garden,” says Anna Håkansson, a lawyer with the Swedish Environmental Protection Agency.

To date there are no repercussions such as fines for anyone breaking the EU regulation on invasive alien species.

“In Sweden there is a preliminary timetable from the Ministry of the Environment and Energy to change the law within the Environmental Code, so it’s in the works,” Håkansson says. “We’re very much looking forward to having a Swedish regulation that assigns responsibility, because that makes it easier to work with this issue. But we would hope that everyone would already accept their responsibility now – the municipalities as landowners, private individuals who have these plants on their property – we must all help both to remove these plants and to spread information about them. Biological diversity affects us all.”

Read more and see the entire list of the invasive alien species here (in Swedish):

or here (in English):

If you find invasive species out in the Swedish countryside you can report them to www.artportalen.se 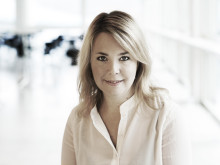 Elmia Garden is northern Europe’s largest meeting place for the garden retail trade. On 4–5 October 160 exhibitors from 10 countries will meet at Elmia in Jönköping to present their new products. Everything from the latest technology to the garden trends for 2018 will be presented on stage. 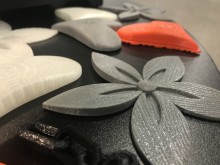 Can a 3D printer be used in a flower shop?

Future Stories, which is about how to get your message out using VR technology, 3D printing and social media, was presented for the first time at Elmia Garden. Christoffer Wadman, a teaching assistant with the engineering programme at Jönköping University, demonstrated how this technology could be used in the future. 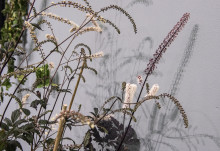 The winning perennial is an elegant and stately gem

The dark-leaved varieties of Actaea simplex, commonly known as Kamchatka bugbane, are Sweden’s Perennial of the Year for 2018. Selected by the perennial group of the garden section of the Federation of Swedish Farmers, and presented at Elmia Garden in Jönköping, Sweden, it is a plant for connoisseurs that combines a strong and stately presence with liveliness and grace. 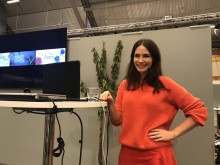 Trends in popular culture and society seen in gardens and interiors

Inspiration, influences and social developments are just some of the ingredients considered when the Swedish Fashion Council (SFC) does the trendspotting that underlies next year’s garden trends. The trends for 2018 were presented at Elmia Garden. 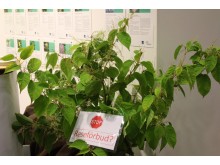 Estate agents in the UK d... 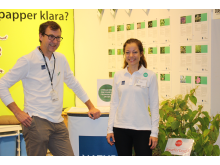 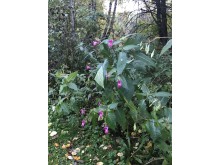 The Himalayan or Indian b...