Interest in new, sustainable materials has never been higher. This autumn, the world’s first large-scale 3D print from living organisms is being shown at Elmia Subcontractor.

Research into 3D printing of cellulose has been under way for decades, but high production costs, a lack of scalability and other factors have prevented complete success. It now appears, however, that researchers at Singapore University of Technology and Design (SUTD) have solved the mystery with a new, fungus-like adhesive. To prove that it really works, they have 3D printed a 1.2-metre-long, high-strength turbine blade – a major innovation in the scientific world, and one that’s being shown at the Elmia Subcontractor fair in Sweden in November.

Printed organism
The material developed by the researchers is called FLAM and was inspired by algal fungi that reproduce by spreading small amounts of chitin between the cellulose fibres. When the fungi grow they create mycelium fibre, a branching network of small, thin cell filaments. This cellulose is 3D printed into a large mesh, which is then dried and heated to kill the fungus. The resulting material is very rigid and almost as strong as metal.

Major, revolutionary printing
As mentioned the material is light, almost as strong as metal, and costs one-tenth as much as regular filaments for 3D printing. Once printed it can be moulded or processed using normal woodworking techniques. Neither organic solvents nor synthetic plastics are used in its production, which makes FLAM completely biodegradable. The researchers themselves are convinced that their innovation will make a global mark on the industry.

“We believe that this first, large-scale 3D print – in biological polymers which can be found all around the world – will be the catalyst for transition to circular, eco-friendly production models,” as they write in their report.

Strong growing interest
Dr. Sascha Peters agrees that we are in something of a paradigm shift.

“Interest has really increased in the past year. There is great demand for new, biological and sustainable materials all over the world, scientists and designers are working intensively in the field, and interest from industry is growing. At Haute Innovation we’re working with several of the largest German vehicle producers, and they are constantly asking for new, sustainable materials. In turn they are under pressure from their customers to deliver more environmentally smart products,” he says.

Innovative 3D printers
Dr. Peters says that one reason we are now seeing more and more natural materials in additive manufacturing is that many designers and scientists have their own 3D printers.

“3D printers used to be developed for one specific material, and natural materials were never really considered. Today, though, scientists and designers can build their own printers, with any robotic arm and for any material. Many of them have the aim of closing the circle with products made of completely natural, biodegradable materials,” he says.

“People have a great understanding nowadays of how different materials affect the environment, and are looking for alternatives. I can see that a lot has happened just in the past year, and a real market is starting to emerge for these materials,” he says.

Elmia Subcontractor. The industry’s strongest arena. Coming megatrends. The rapid development of new technologies. A changing global market. As Scandinavia’s biggest event for the manufacturing industry, Elmia Subcontractor directs the pace towards a strong future. Welcome to an encounter with the industry and its future! 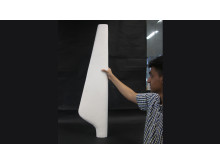 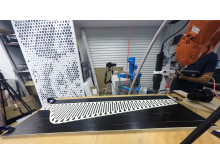 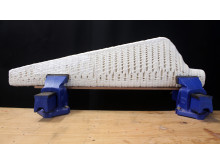 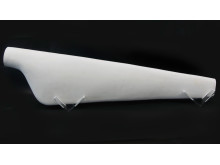